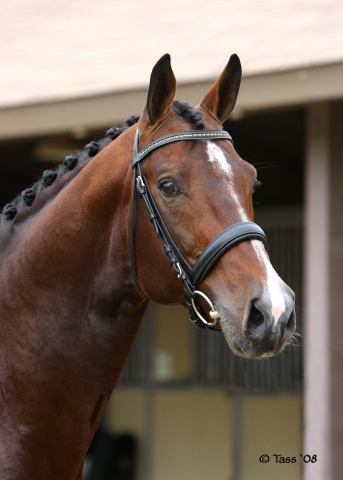 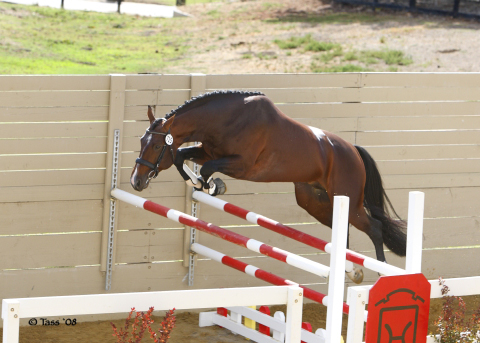 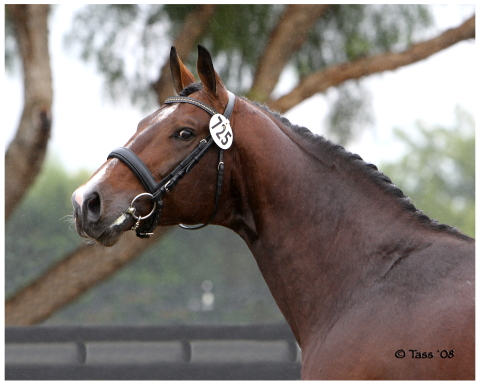 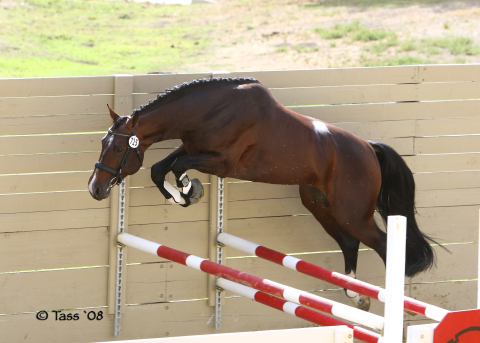 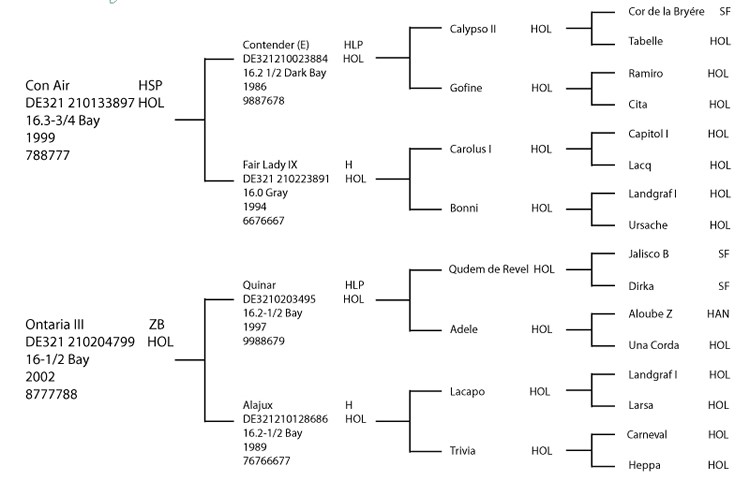 Every one of Chevalier's offspring shown at an American Holsteiner Horse Association approval has earned the honor of Premium.  These same offspring have gone on to be champions in both dressage and hunters, and some are beginning their equitation careers.

Chevalier was the 2008 AHHA champion stallion with a score of 52.  He is an elegant type with correct confirmation and three excellent gaits.  Chevalier began his show career in Germany, winning many 4 year old classes, and continued on to win several FEI 5 year old classes in California.  His canter received a 10 in third level from O Judge Linda Zang with the comments “balanced and free”.  Comments from other judges include “beautiful, elegant type,” “supple and obedient,” and “excellent potential for FEI.”  Chevalier possesses an outstanding temperament and superb rideability.  Chevalier was ridden, trained, and shown by Steffen Peters in third and fourth level.  He has won both third and fourth level classes, Prix St. George and in Hunters.  He also placed in his first Hunter Derby class and Jumper class.

Chevalier’s pedigree combines two extraordinary dressage and jumping bloodlines.  His sire, Con Air, is a successful international Grand Prix jumper, a top breeding stallion, and recently competed successfully at the World Equestrian Games.  Chevalier’s dam’s sire is Quinar, a stallion who has produced many premium mares and approved stallions in Germany.  He sired the approved stallion Quick Nick, the top selling stallion at the 2003 approvals, bringing the record price of $650,000.  Lacapo/Carneval has produced many top dressage horses, notably, Lingh who placed 2nd in the 2005 World Cup with rider Edward Gal and Krack C who has won many international Grand Prix’s with Anky von Grunsven.

Chevalier is available for breeding.

Click here to see a video of Chevalier in competition.